Be the first to review this product

Lead time if the product is out of stock (business days):

35
Skip to the end of the images gallery 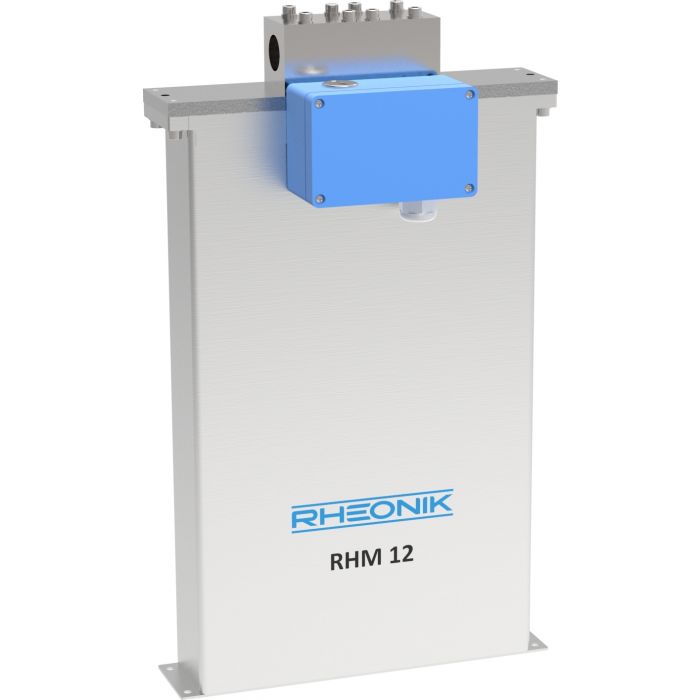 • The operation of Coriolis mass flow meters in two parallel pipes with constant frequency oscillation is achieved with two coils. When a substance flows into a vibrating tube, causing the Coriolis force. The Coriolis force indicates when the mass of the fluid bends the pipelines to the middle plane, taking inwards and outwards. The phase difference is measured with two sensors and the rest as an output message.

• For the reasons mentioned, the primary measurements of Coriolis mass flow measurement are mass flow, density and temperature, which are three different quantities measured from the meter. Volume flow can be considered based on mass flow and density.

• The advantages of the structure include that the meter does not require separate pressure compensation and thicker pipe walls can be used in it than in other mass flow meter structures. Thicker piping produces a longer service life with abrasive and corrosive substances. In Rheonik's omega structure, the measuring section is separated from the pipeline in such a way that the vibration of the process pipeline and the thermal expansion of the pipeline interfere with the measurement. The large mass in the Omega structure enables continuous operations, even if there are damping factors in the flow such as gas bubbles or inhomogeneous flow medium.

• The meter vibrates with little energy, so the measurement is inherently safe (Ex i). The characteristic frequency of the flow meter can easily be changed by adjusting the mass arms. So the piping material changes shape to Tantalum or Hastelloy without changing the design of the meter itself.
Technical specifications
Attachments
Reviews
Write Your Own Review
Search Terms Privacy and Cookie Policy Cookie Settings Copyright © 2022 Wexon